The world is anxiously waiting for revolutionary change as Joe Biden, the 46th President of the United States, and Vice President Kamala Harris prepare to make history. Topics of interest focus on how the Biden-Harris administration will deal with the impacts and consequences of the nation’s intellectual property (IP) law and policies.

This article provides insight as major publications post comments and concerns about Biden’s IP policy approach. However, they each share perceptions that speak to the need to fortify U.S. IP protection as an incentive to continue developing inventions, technology innovations, and research patents to retain America’s lead in advancements.

U.S. businesses and inventors are concerned about how IP laws and policies could influence opportunities for supplying goods and services to support continued growth in commerce within the public and private market sectors. Therefore, president Biden’s plan needs to facilitate a more efficient patent filing process that secures and protects IP transfer and trading practices within domestic and international markets.

Challenges for the U.S. – How Will Harris Influence IP Law in the Biden Administration? – The Diplomat

The Diplomat – Contributing author Robert Farley commented on the influence that Vice President Kamala Harris brings to the table. Securing her position in U.S. history as Vice President, the post states how “Harris would influence both the executive branch policy and legislation while presiding over a closely divided Senate.”

As a sponsor of the DEFEND ACT during her tenure as Attorney General of California, Harris legally pursued producers in India and China for IP violations based on fair trade and law-abiding principles. In her current position as U.S. Vice President, there is no doubt that her influence will carry both inspiration and encouragement for patents filed in the United States.

The certainty of the Biden-Harris administration’s views on IP law and policies will focus on leveling the playing field for American enterprises and research organizations looking to gain a fair share of the supply markets.

Washington Post – Covering world business Jeanne Whalen reported on the Commerce Department nominee Gina Raimondo, pledging to join the fight against unfair trade practices. However, Raimondo did not share any details on how she planned to proceed – instead, Rhode Island’s governor said, “I believe America has to lead in standards-setting, particularly in new technology.” Raimondo continued, “It’s one way we could help Americans to compete, lead and win.”

China is the target in this article, charged with intellectual theft and misuse of patents with the intent to use stolen technology as a source to spy on other nations. Historically, the United States has held the number one position globally for filing the most international patents comprised of technological advancements, making it a primary target.

China misjudged the strength and resilience of the United States as a global competitor in the trade as U.S. enterprises continued to develop technology and venture into new research discoveries.

The Department of Commerce added the names of IP violators to the Entity List to protect America’s technology and business invention patents, allowing organizations to pursue open and fair markets actively. In addition, the Department pledged to continue its enforcement of foreign attempts at intellectual property theft and inappropriate (unlawful) acquisitions of patented data.

The article cites Raimondo’s praise by her peers for her public and private interest, dedication to dealing with the pandemic, increased investments in U.S. businesses, and promote marine and space economies.

IPWatchdog – The article mentions the disarray in the U.S. patent process. Brian Pomper, Executive Director of the Innovation Alliance, sent a letter to President-elect Biden and Vice President-elect Harris outlining the need to support patent rights to meet enforcement challenges brought on by foreign competitors.

President Biden’s Plan for Rural America mentioned similar upsets of the U.S. patent process, declaring a recommended change on how patents are awarded. In one area pertaining to research, President Biden proposed that agricultural patents granted to private entities for inventions derived from publicly funded research deprive the public of duly earned benefits.

Beyond the U.S. Borders –  Biden must do better than Trump’s tariffs in challenging China on intellectual property | The Hill

China was accused of forcing businesses to hand over their intellectual property to access their market. China then claimed the technology benefited from production and sale. Developing a legal partnership is a business strategy that allows the patent holder to sell or license the intellectual property rights to an authorized party for a specified duration and receipt of payment, royalties, or fees.

Busch suggested it may be a viable solution for new or existing patent holders to participate in secondary market spillovers as the concept offers economic benefits while spearheading new market patent developments.

Biden, specifically, said he would support federal legislation to eliminate most non-compete agreements – allowing only those necessary to protect a narrowly defined category of trade secrets.

Employer IP practices came into play as standard employment clauses and agreements to legally deter employees from sharing company information or competitors from soliciting employees to obtain trade secrets or data. However, over time, employment IP protection took on a broader role that interfered with workers’ rights to seek other employment in similar industries.

A Quick Wrap Up

In summary, President Biden made two key points in his “Made in America” program; to provide incentives and support companies sourcing and manufacturing products within the United States and to protect U.S. patent rights by challenging attempts to steal American intellectual property. 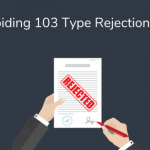 103 Type Rejection: How to avoid it on your patent application? 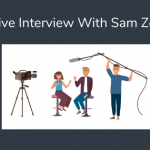 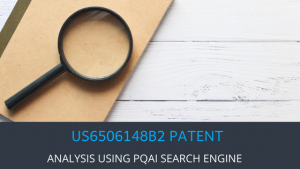 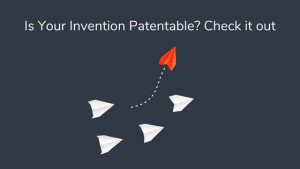 Is Your Invention Patentable? Get a Fair Idea Using PQAI 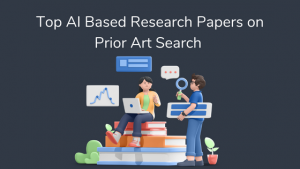